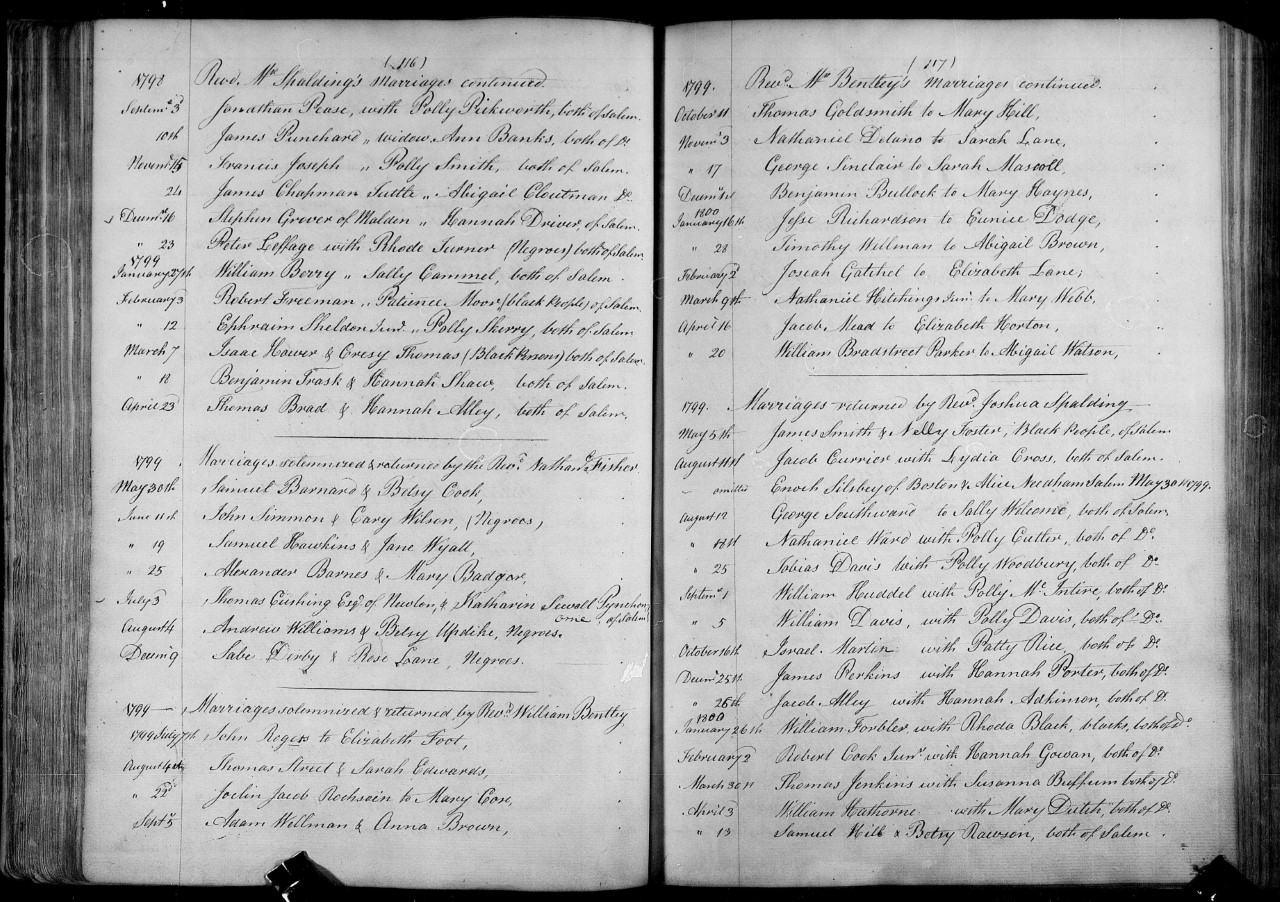 Even though the Quock Walker court decision was interpreted by many as ending legal slavery in Massachusetts, it did not guarantee any resources such as back wages, pensions, or housing to newly free people. Many master-enslavers hired the same people they had enslaved as free laborers. Women most often worked as domestic servants while men served in a variety of domestic, agricultural, and low-skilled positions.

During slavery, some enslavers in Massachusetts would have discouraged marriage among enslaved men and women. Smaller-scale, urban slavery (as opposed to plantation slavery) meant that many enslaved people could not live with their spouse. And master-enslavers worried about potential disruptions caused by this separation. Further, many Massachusetts enslavers did not wish to be responsible for enslaved children and may have discouraged marriage as a way to discourage procreation.

It’s likely that some free people took the opportunity that freedom offered to marry. The obligations of marriage and the desire to set up a new household would have made it necessary to find employment and housing.

Click below to explore options for newly married people.

1799 marriage record of Sabe and Rose.