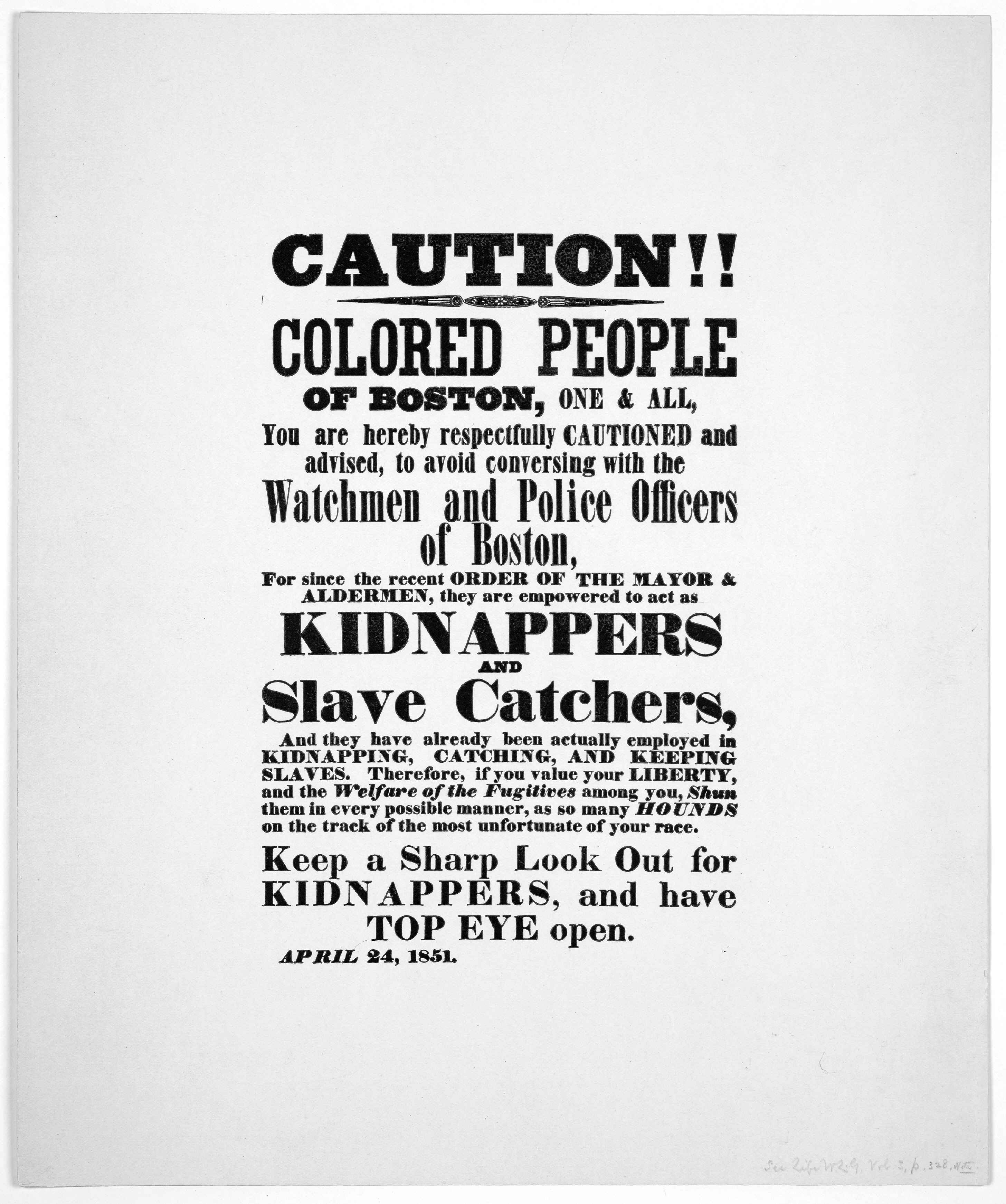 Even with the Quock Walker court decision and a legal end to slavery in Massachusetts, free people of color were rendered vulnerable to slavery by the color of their skin. Unscrupulous master-enslavers, fearful of losing their investments, could – and did – sell the men and women they enslaved out of state, elsewhere in the North or even to the South with its bustling slave trade.

In Disowning Slavery, Joanne Pope Melish also describes, “other entrepreneurs who were not themselves slaveowners (but) saw a similar business opportunity in the growing number of free black children and adults” (101).

The practice of kidnapping and selling technically and legally free people of color out of state, became so common that in 1788, just five years after the Walker court decision, Massachusetts passed An Act to prevent the Slave-Trade, and for granting Relief to the Families of such unhappy Persons as may be kidnapped or decoyed away from this Commonwealth. The new law made the sale of those free people of color, “privately carried off by force, or decoyed away under various pretenses, by evil minded persons, and with a probable intention of being sold as slaves,” illegal (102).

Free people in Massachusetts would have had no choice about where they ended up if they were sold back into slavery. Explore a potential path below.

"Caution!! Colored people of Boston, one & all, you are hereby respectfully cautioned and advised, to avoid conversing with the watchmen and police officers of Boston, for since the recent order of the mayor & aldermen, they are empowered to act," Boston, 1851.

Courtesy of the Library of Congress. View the PDF here.

To Connecticut
Boston Kidnapping
Go Back