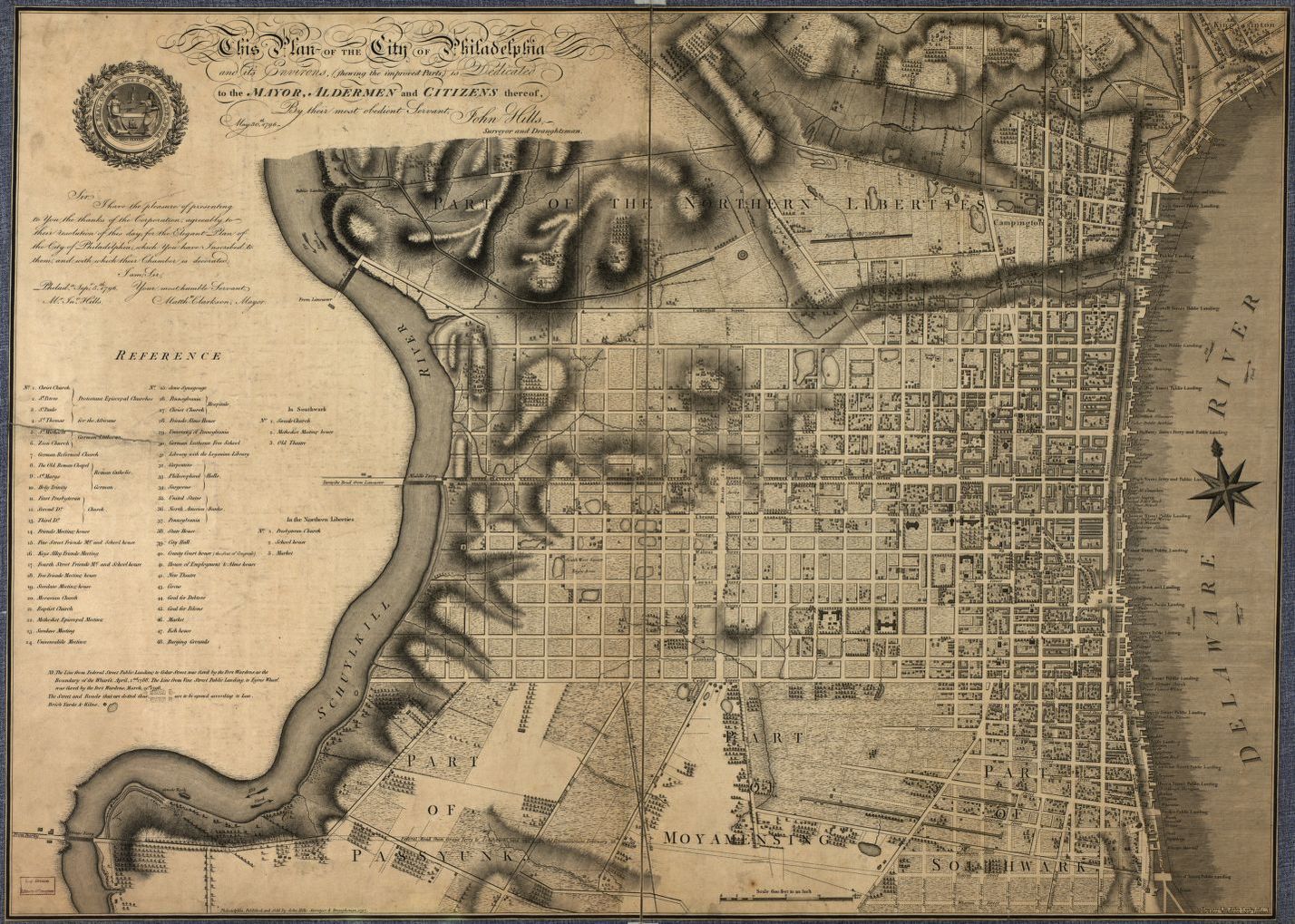 Often, people - particularly men - braved the dangers of shipping vessels as a way to secure passage to a new city like New York or Philadelphia; and after getting settled, made plans to send for their families. Free people who ventured to places like Philadelphia did so to join growing communities of free Black persons and seek additional economic opportunity.

Historian Emma Lapsansky-Werner describes post-Revolution Philadelphia as home to, “the largest, most aggressive, and wealthiest free black population in the western world.” Free African Americans migrated into the city to join the growing Black community and seek additional economic opportunities.

In Philadelphia, for example, Black communities in the extreme northern and southern areas of the city provided a respite from the racial intolerance of the larger city.

"This plan of the city of Philadelphia at its environs (showing improved parts)."

Courtesy of the Library of Congress.

Move to Philadelphia
Go Back